The Climate Commission was formed in early 2011 to engage Australians on climate change, focusing strongly on three aspects – science, international action and economic approaches to reducing emissions. The expertise of the six Commissioners spans the physical science of the climate system, the impacts of climate change, engineering and technology, economics and business.

The Commission has employed a range of approaches to engaging Australians on the issue, including town hall forums, reports and other publications, website and social media, presentations at conferences and symposia, and small group discussions with business groups, schools, and community organisations. For most of its existence, and especially in the year leading up to the introduction of carbon pricing, the Commission has had to work in a toxic environment for engagement on climate change.

Nevertheless, the Commission has achieved some success and developed some effective ways to communicate and engage, including the use of infographics and videos, strong media campaigns around the release of reports, repetition of consistent messages and support of trusted people in society. Throughout all of these approaches and techniques, maintenance of scientific accuracy is paramount, and is never compromised. 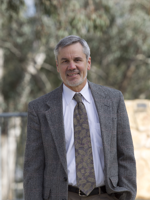 Will Steffen has a long history in international global change research, serving from 1998 to 2004 as Executive Director of the International Geosphere-Biosphere Programme (IGBP), based in Stockholm, Sweden, and before that as Executive Officer of IGBP's Global Change and Terrestrial Ecosystems project. Prior to taking up the ANU Climate Change Institute Directorship in 2008, Steffen was the inaugural director of the ANU Fenner School of Environment and Society. From 2004 to 2011 he served as science adviser to the Australian Government Department of Climate Change. He is currently a Climate Commissioner with the Australian Government Climate Commission; Chair of the Antarctic Science Advisory Committee, Co-Director of the Canberra Urban and Regional Futures (CURF) initiative and Member of the ACT Climate Change Council. Professor Steffen's interests span a broad range within the fields of sustainability and Earth System science, with an emphasis on the science of climate change, approaches to climate change adaptation in land systems, incorporation of human processes in Earth System modelling and analysis; and the history and future of the relationship between humans and the rest of nature.